The origins of NASCAR racing date back to the beginning of the 20th century.

France and Belgium were traditionally the preferred locations for land speed records, until a historic race between Ransom Olds and Alexander Winton took place in 1903, paving the way for Daytona Beach to become a racing mecca.

An incredible 15 world records were set on the Daytona Beach road course between 1905 and 1935, and the track had become synonymous with fast vehicles by the end of this period, with enthusiasts flooding in from all over the world to race new and used cars alike.

Instrumental in the foundations of NASCAR racing was an incredibly competitive race which took place in 1936. Some of the most talented drivers around brought a collection of sports cars, coupes and convertibles to determine which models were fastest and who the best drivers were. 27 models entered the race, but only 10 were left to cross the finish line after the race was stopped 3 laps short of its 78 lap course. The Ford models proved to be the most efficient, claiming the top 6 places.

William France Sr., along with several other drivers, founded NASCAR in 1948 on 21st February. 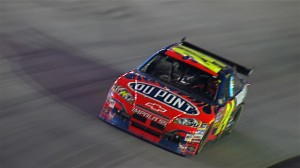 The very first race to take place was held on 19th June 1949 at Charlotte Speedway. It was won by Jim Roper.

The first NASCAR race to be held outside of the U.S. took place in Canada in 1952, where a 200 lap race round a dirt track was won by Buddy Shuman.